Umcka ColdCare is a breakthrough natural medicine that actually helps you recover faster. Unlike other cough, cold and sinus remedies that simply mask symptons, Umcka products by Nature’s Way are clinically proven to shorten the duration and reduce the severity of cold, sinus, throat and bronchial illnesses.

The Pelargonium Sidoides extract within Umcka has been widely studied by various clinical organizations to not only relieve symptoms associated with common colds, but also shortens the duration and reduces severity of throat, sinus and bronchial irritations.

In 1897, Englishman Charles Stevens went to South Africa hoping to cure himself of a respiratory illness. While there, an African tribal healer gave him a remedy made from Pelargonium sidoides roots (a plant native to the coastal regions of South Africa). Fully recovered, Stevens brought the remedy back to England where it became popular as Stevens’ Consumption Cure.

In 1920, Dr. Adrien Sechehaye learned of Stevens’ cure. Over the next nine years he treated more than 800 patients in Switzerland with a homeopathic preparation of P. sidoides roots. But with the advent of synthetic drugs, the remedy was forgotten by Western medicine until its recent rediscovery by European researchers.

This is where the modern story of Umcka® begins. The formula is a clinically proven preparation of Pelargonium sidoides roots, and the name is derived from the African word “umKhulkane” (meaning respiratory infection). Now a leading medicine in Europe, Nature’s Way brings the effectiveness of Umcka to America. Much of Nature’s Way supply of P. sidoides is grown on Nature’s Way farms in South Africa. From the time of planting to harvesting, it takes 3-5 years for the roots to be ready for medicinal extraction.

Umcka® offers products for both colds and flu. The first step in deciding which products are right for you is to determine if you have a cold or the flu. If you’re not sure, then Umcka® Cold+Flu formulas are the right choice because they contain ingredients that target both.

In an evaluation study, over 90% of patients and attending physicians rated the Pelargonium sidoides extract within Umcka® as an effective treatment for colds and upper respiratory infections.

Umcka ColdCare® with Pelargonium sidoides 1X shortens the duration and reduces the severity of cold, sinus, throat and bronchial symptoms such as:

A new kind of medicine

Studies suggest that the active ingredient in Umcka® (EPs 7630) works in several ways. It works on the immune system to help support the body’s own natural antiviral defense mechanisms and acts as an antimicrobial agent. Additionally, it provides mucolytic actions.

High satisfaction: In an evaluation study, over 90% of patients and doctors rated P. sidoides as an effective treatment for colds and upper respiratory irritations.

Use at the first sign of symptoms and continue to use for an additional 48 hours after symptoms subside to find the best results.

Adults and children 12 years of age and older can take 1 ml 3 to 5 times daily. Umcka comes in achohol-free drops and syrup.

Dosaging may vary depending on which product you choose. Always read instructions on the product for proper dosing. There are also chewable tablets that can be taken 2-4 times daily. In addition, you can get relief using Umcka hot drink in cherry or lemon flavor. Consult a physician for safety and dosing for children under the age of 12.

Consult a doctor immediately if a sore throat is severe, persists more than 2 days, and is accompanied or followed by a fever, headache, rash, and nausea or vomiting. You should also consult a doctor if you have a cough that lasts or is chronic such as occurs with smoking, asthma or emphysema.

Also, contact your physician if you experience a cough accompanied by excessive phlegm (mucus). It is also recommended that you stop use of Umcka and consult your doctor if: 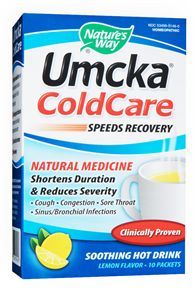 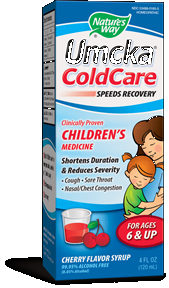 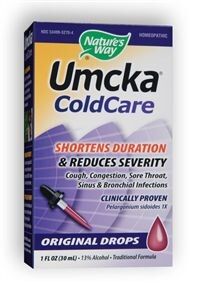 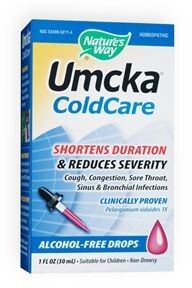 15.97
Nature's Way
Umcka ColdCare Shortens the duraton and reduces the severity of throat, sinus and bronchial irritations. Umcka is excellent for the common cold. Get started at the first sniffle! 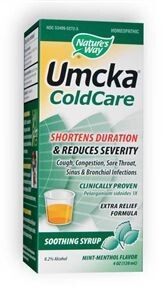 14.74
Nature's Way
Umcka Cold Care Menthol Syrup is effective relief from upper respiratory tract irritations. Shortens the duration of the cold. A must have for winter! 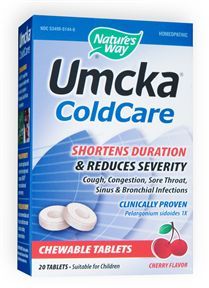 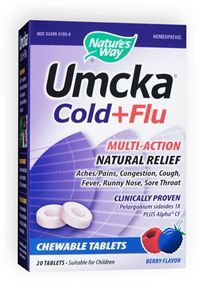 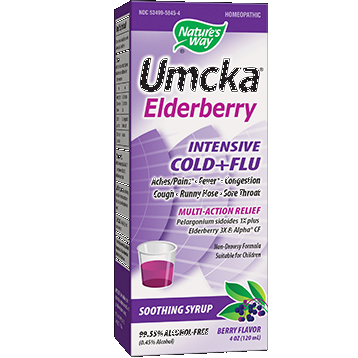 12.45
Nature's Way
SambiFlu to the rescue. A new Elderberry based natural flu medicine from Nature's Way. 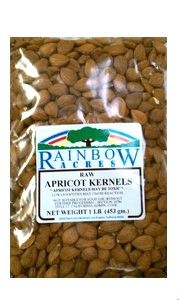 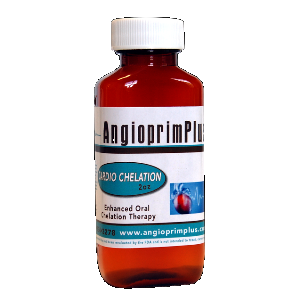 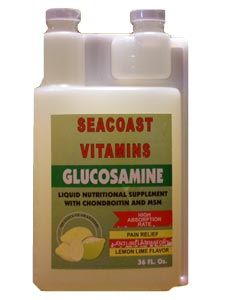 26.95
Seacoast Vitamins
Why use glucosamine in a liquid form? The body does not need to break down a liquid extract, allowing the nutrients to be absorbed directly into our system. Liquid Glucosamine from SeaCoast Vitamins contains Chondroitin and MSM and has a high absorption rate, is an anti-inflammatory, and provides arthritis pain relief. Counter aging and stiff, creaky joints and improve joint mobility. Delicious taste. Buy Liquid Glucosamine formula at seacoastvitamins.com today. 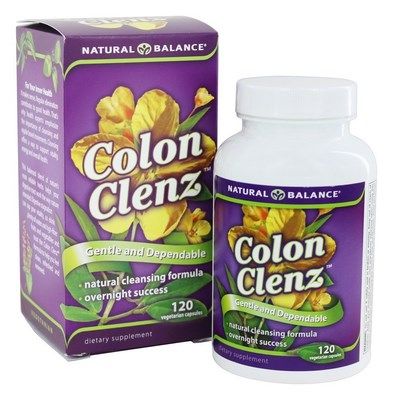 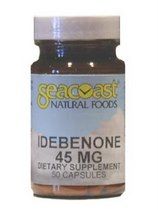 19.90
Seacoast Vitamins
Seacoast Idebenone is an analogue of Coenzyme Q10 and is a potent antioxidant. It appears to suppress free radicals and continue the vital ATP production in hypoxid (low oxygen) conditions such as heart attack, stroke, or poor circulation.

15.25
Natural Balance
Brain Pep by Natural Balance is a great way to increase your intellectual potential. It is a natural balance of herbs that will keep your brain going for hours 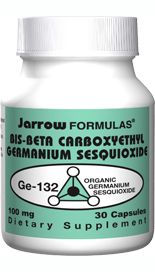 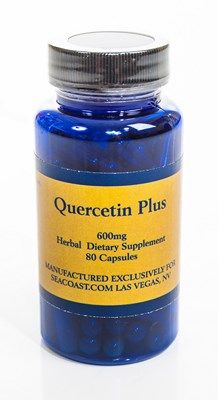 75.00
Seacoast Natural Health
The formula includes a broad range of natural extracts which have been used with prostate cancer patients and have been under research and long-term study by Dr. Ben Pfeifer, M.D. 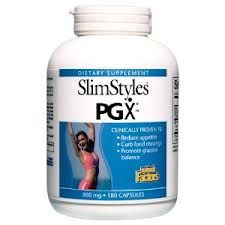 26.95
Terry Naturally
These nutrients play an important role in transportation of iodine to the cells. Use along with Europharma Tri-Iodine or Thyroid Care products for optimal health.* 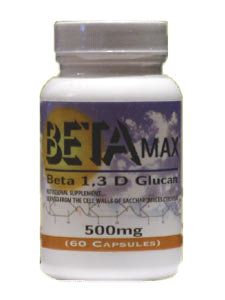 29.99
Chisolm Biological Laboratory
What is BetaMax and what is it good for? Beta-1, 3-D glucan works by activating the immune cells, which trap and engulf foreign substances.The result is superior immune system response. 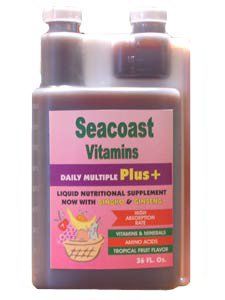 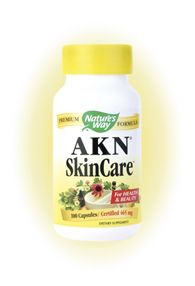 9.99
Nature's Way
AKN Skin Care is specially formulated to influence skin health and beauty. Treats and prevents acne and protects the body from toxins and infections. 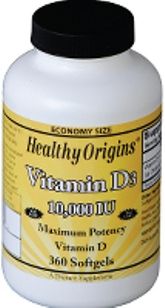 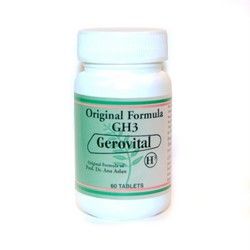 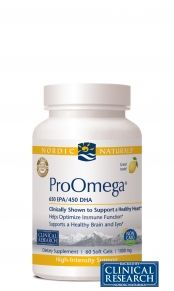 8.79
Boiron
Boiron Euphrasia Officinalis (9C) is helpful in treating discharge coming from the eye and inflammation that may be the source of such discharge 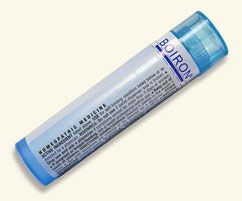 10.49
Nature's Way
Nature's Way HAS Original Formula is a completely natural product designed to safely decongest and is non-stimulating. 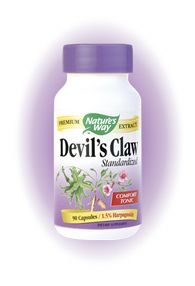 12.75
Nature's Way
Devil's Claw (Harpagophytum procumbens) comes primarily from Africa and earns its name because of its large, claw-like fruit. The root of Devil's Claw contains harpagosides, which have several health benefits. Devil's Claw is most commonly used for inflammation and pain relief. 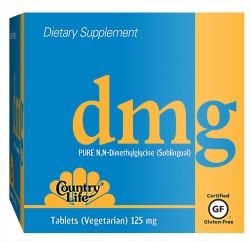 20.65
Country Life
Country Life Pure DMG (N, N-Dimethylglycine) 125 mg Sublingual Tablets. DMG is a derivative of glycine and acts as a building block for many important substances including methionine, choline, and other hormones and neurotransmitters.

7.90
Seacoast Vitamins
Aquatrol by Seacoast Natural Foods is a natural diuretic. It is effective at providing relief for those who are retaining excessive amounts of fluid. Find relief from bloating and water retention with the herbal remedy, Aquatrol. 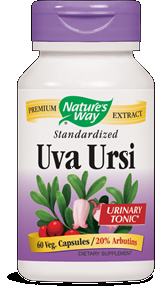 11.99
Nature's Way
Nature's Way Uva Ursi is an herb that has been used for centuries for its antimicrobial benefits. It has been found to be very effective in naturally supporting urinary tract health. 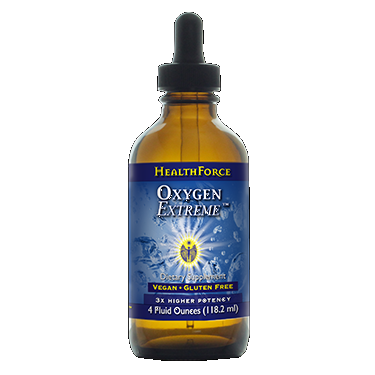 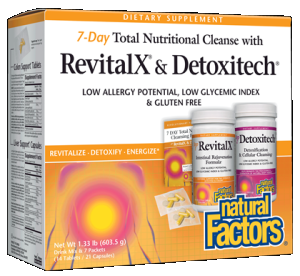 34.97
Natural Factors
We are exposed to toxins everyday by the air we breath, water we drink and the food we consume. If you are feeling the effects of toxic build-up such as fatigue, constipation and overall feeling lousy it may be time for a gentle detoxifying whole body cleanse. RevitalX and Detoxitech | Low Allergy Potential | Low Glycemic Index & Gluten Free formula help to get you back up to speed feeling lighter with more energy. 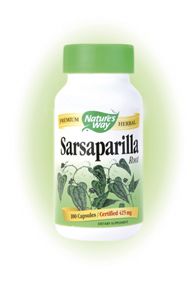 10.49
Nature's Way
Sarsaparilla (smilax spp) is a tropical herb from Central America brought to Europe by Spanish Conquistadors for use in herbal medicines.

13.95
Liddell (Liddel)
Promotes Sinus Drainage, Alleviates Sinus Congestion PRessure, Headche Pain.
1. Statements and claims on Seacoast.com have not been evaluated by the FDA and are not intended to treat or diagnose any ailment or disease.