Alpha Lipoic Acid by KAL features Strata® Technology allowing the active ingredients to be released in two stages for maximum absorbtion. Alpha Lipoic Acid is a powerful antioxidant manufactured by the body and found in small amounts in foods such as brocolli, peas, brussels sprouts and spinach. ALA has the unique ability to function in both water and fats, unlike common antioxidants vitamins C and E, and is helpful by recycling antioxidants such as vitamin C and glutathione after they have been used up. Glutathione helps the body eliminate harmful substances and ALA increases the formation of glutathione.

Due to its powerful and unique character, Alpha Lipoic Acid has been suggested to help treat cataracts, glaucoma, stroke, Alzheimer's disease, and multiple schlerosis. Peripheral neuropathy caused by injury, chemotherapy, alcoholism, shingles or other diseases. Symptoms include pain, numbness, burning sensation and weakness. Some studies have suggested that Alpha Lipoic Acid taken in a large dose of 600 mg daily is helpful to those suffering from these symptoms. Alpha Lipoic Acid is thought to protect brain and nerve tissue from the damaging effects of free radicals.

Levels of ALA decrease with age, making us more susceptible to free radicals and brain tissue damage as we grow older. Supplementation with Alpha Lipoic Acid can benefit those suffering from Parkinsons disease, multiple sclerosis, strokes and other age-related diseases. It helps with both neurological disorders resulting from external exposure and with disorders such as memory loss that are a result of a normal internal process like oxidation. It may even be able to reverse damage due to Alzheimer's disease.

26.95
Healthy Origins
Be the first to tell us your thoughts.Add your testimonial 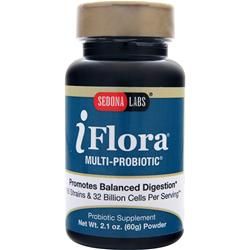 lipoic alpha glutathione ala, alzheimers lt damage radicals, 600mg glaucoma weakness tissue
1. Statements and claims on Seacoast.com have not been evaluated by the FDA and are not intended to treat or diagnose any ailment or disease.