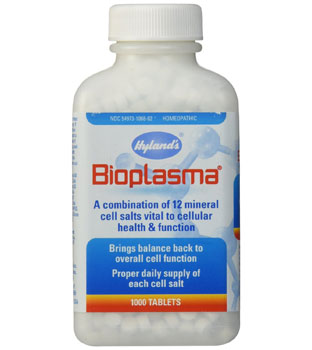 Cell salts are vital mineral constituents present in canine (and human) cells. They were first identified by a very renowned German physiological chemist and physicist of the early nineteenth century by the name of Dr. W. H. Schuessler. He discovered twelve different tissue salts™ and observed their presence in all healthy cells.

He went on further to state that if an imbalance of these salts were to occur within the cells, illness could be expected to result. The type of illness would depend on which cell salt was deficient and once the balance had been restored and the cells had once more retained their correct function, the body could be expected to heal itself of any ill health.
Each of the twelve cell salts identified by Dr. Schuessler has a specific duty and a deficiency in any one salt will produce a set of symptoms.

Bioplasma Ingredients:
Calcarea Fluorica 6X (Calcium fluoride)
Also known as Calc. Fluor.
This cell salt is necessary to retain proper elasticity of tissues. It may be useful for conditions caused by over-relaxed fibers of connective tissue.
Calcium Fluoride is also found in the enamel of teeth and bone surfaces and might be useful for the treatment of cracked skin, muscle strain, backache and torn ligaments. It may also assist normal blood circulation and the strengthening of blood vessels.

Calcarea Phosphoricum 3X (Calcium phosphate)
Also known as Calc. Phos.
This cell salt would be beneficial where digestion and nutrient assimilation are a problem. This may include growing dogs and those who do not put weight on easily. Calcium Phosphate is present in large quantities in bones and teeth and as such could assist in the treatment of broken bones, osteoporosis, osteomalacia, and other bone diseases. It may also be beneficial during teething, puberty, convalescence and for the temporary relief of muscle cramps after exercise in young dogs.

Calcarea Sulphorica 3X (Calcium sulphate)
Also known as Calc. Sulph. Calcium Sulphate is a constituent of connective tissue, mucous membranes and skin. As a powerful blood purifier, it may assist in clearing the body of unwanted accumulations including skin eruptions during the last stages of suppuration, such as pimples, blackheads, swollen glands, lipomas, carbuncles and abscesses. It may also be useful for slow wound healing where inflammation or infections are evident.

Ferrum Phosphoricum 3X (Iron phosphate)
Also known as Ferr. Phos. This cell salt has been referred to as the oxygen carrier because of its ability to carry oxygen to all the cells of the body for use in the conversion to energy. Ferrum Phosphate may be used for proper absorption and utilization of iron and so may assist in the treatment of tiredness caused by anemia, and in cases where there is excessive loss of blood such as in wounds where copious amounts of blood are lost.
This cell salt might also be extremely useful for temporary relief of mild fever, inflammation and common respiratory complaints.

Kali Muriaticum 3X (Potassium chloride)
Also known as Kali. Mur. This cell salt may be useful for relieving mucus congestion during colds and sinusitis, or where there is any thick white or grayish colored discharges. It may be especially useful for problems such as sore throat, tonsillitis, catarrhal infections of the middle ear, thrush, pleurisy and for problems with swollen glands. It is often used in conjunction with Ferrum Phosphate. In conjunction with Natrum Mur it is utilized in the production of hydrochloric acid and is thus an essential link in the process of digestion.

Kali Phosphoricum 3X (Potassium phosphate)
Also known as Kali. Phos. As a constituent of the nerve and brain cells, Potassium Phosphate may be useful in nerve related illnesses such as emotional irritability, mood swings, depression, nervousness, excitability and tiredness. It may also be useful for cases of insomnia where sleeplessness (pacing at night)’ and in cases of extreme stress.

Kali Sulphuricum 3X (Potassium sulphate)
Also known as Kali. Sulph. This cell salt may be useful when used in conjunction with Ferrum Phosphate as it is also a carrier of oxygen. It may provide a beneficial effect for may respiratory and circulatory functions.
It could be of some assistance where discharges have a yellowish or greenish appearance, especially from the mucous membranes of the nose and mouth. Minor skin eruptions such as dandruff, and dermatitis might also benefit from this cell salt

Magnesium Phosphorica 3X (Magnesium phosphate)
Also known as Mag. Phos. Magnesium Phosphate is also a major mineral element of bones, teeth, brain, nerves and muscle cells. As such it may be of importance in assisting in the treatment of certain types or neuralgia.
It might also offer relief where cramping is a problem. This may include cramps due to sporting injuries, chest cramps, leg and feet cramps. Spasmodic and convulsive complaints such as colic, palpitations, toothache, acute general pains, hiccups, uncontrollable twitching and limb jerking might also benefit from this cell salt. Magnesium Phosphate works well with Calcium Phosphate.

Natrum Muriaticum 6X (Sodium chloride)
Also known as Nat. Mur. This cell salt has been referred to as the ‘water salt’. As a regulator of moisture in the cells it is useful in conditions where there may be too little or too much water. An important function of Natrum Mur is the production of hydrochloric acid for normal digestion.
Watery colds, tissue dryness, edema, excessive salivation and urination are all conditions where there may be an excess of water in the cells. Too little water may result in decreased amounts of digestive fluids, dry psoriasis, inadequate lubrication of the vagina or constipation. Dogs who need this cell salt often become extremely thirsty. Closely associated with nutrition and glandular activity.

Natrum Phosphorica 3X (Sodium phosphate)
Also known as Nat. Phos. Sodium Phosphate is helpful for maintaining the alkalinity of the blood. In dogs where there may be an excess of acidity this cell salt may be of some use. These types of problems include, arthritis, gout, gastric indigestion, dyspepsia and heartburn. It might also be of some use to puppies that have been fed too much commercial treats containing sugars, to some cases of nausea and also where intestinal worms are a problem. Natrum Phos is important for the proper functioning of the digestive organs and the assimilation of fats (useful for lipomas)

Natrum Sulphuricum 3X (Sodium sulphate)
Also known as Nat. Sulph. This tissue salt largely controls the healthy functioning of the liver; it insures an adequate supply of free-flowing healthy bile necessary for the later stages of digestion. (helpful for lipomas)
It may be of assistance in cases of mild fluid retention as it encourages the kidneys to pass urine. Sodium Sulphate might also help in some cases of gout, jaundice, biliousness, digestive discomfort and may even assist in dispelling the lethargy often displayed during periods of humid weather.
Used in conjunction with Silica this cell salt may be of benefit to sufferers of asthma and other respiratory problems.

Silicea 6X (Silica)
Also known as Silica. As a biochemic cleanser this cell salt may assist in the suppuration and elimination of waste. It is a deep acting remedy which helps the body to throw off non-functional organic matter.
It may help to bring toxic accumulations to a head as with boils, abscesses etc. It might also assist where there is excessive panting, where bones are brittle and break easily and to improve the strength of the hair, skin and nails.
Silica may also be beneficial for relieving constipation.
Each cell salt has its own purpose in helping to bring body cells to a natural balance. All twelve taken in conjunction may help to retain that balance.

Asked on: January 5, 2013
Question: is there actually salt in this or is it just labeled that way

Asked on: December 6, 2018
Question: how often and how much do you take per day

Asked on: December 16, 2019
Question: What would be a normal maintenance dosage of this product? 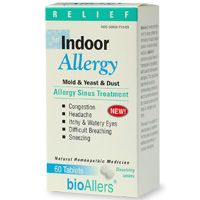 Publish your shopping cart to facebook and get free shipping in U.S.
where useful might cell, 3x phos natrum also, ferr greenish carbuncles puberty
1. Statements and claims on Seacoast.com have not been evaluated by the FDA and are not intended to treat or diagnose any ailment or disease.