Until fairly recently, this essential hormone was believed to be solely a product of the pineal gland, and namely responsible for upholding circadian rhythms and regulating sleep patterns. Today researchers and scientists are revealing much more about Melatonin, making the public privy to its whole body health benefits.  For instance, Melatonin is a known antioxidant and displays powerful anti-inflammatory properties comparable to those of Ibuprofen, and may help prevent or reduce the occurrence of cluster headaches while aiding in inflammatory response.

New studies also suggest that Melatonin acts as a safeguard for the brain, crossing the blood-brain barrier and helping it to recover after injury such as trauma and stroke, which are associated with high amounts of oxidative stress. Melatonin may be a useful supplement to aid in the prevention of of neurodegenerative diseases such as Dementia and Alzheimer's.

Please note, those with asthma or an autoimmune disease or disorder are advised not to take Melatonin. Please consult your health care practitioner when considering any manner of supplementation.

Suggested use: Take one (1) capsule 30 to 60 minutes before bedtime, or as directed by a healthcare practitioner. Melatonin is naturally secreted from the pineal gland at night, and should be taken at night for optimal results. 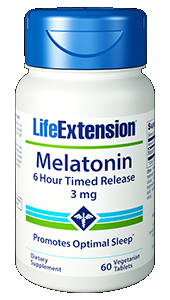 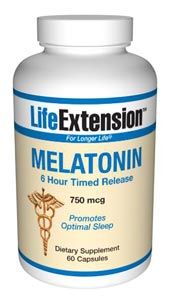 5.75
Life Extension
Be the first to tell us your thoughts.Add your testimonial

Asked on: November 27, 2012
Question: let you enter a kind of highway-hypnotic semi-attentive fugue: while corenvsing, you could look around the room, doodle, fine-groom, peel tiny bits of dead skin away from your cuticles, compose phone-pad haiku, stir things on the stove you could even carry on a whole separate additional sign-language-and-exaggerated-facial-expression type of conversation with people right there in the room with you, all while seeming to be right there attending closely to the voice on the phone. And yet and this was the retrospectively marvelous part even as you were dividing your attention between the phone call and all sorts of other idle little fuguelike activities, you were somehow never haunted by the suspicion that the person on the other end's attention might be similarly divided.

melatonin trauma pineal inflammatory, stroke begins cluster privy, gets twenty reaching alzheimers
1. Statements and claims on Seacoast.com have not been evaluated by the FDA and are not intended to treat or diagnose any ailment or disease.