Inositol is a nutrient that occurs naturally in the body and is often considered to be part of the B vitamins. Technically, inositol cannot be named a vitamin because it is synthesized in the human body. It is an isomer of glucose and serves as a signal transduction molecule. It is also a constituent of phospholipids in cellular membranes and increases the facilitation of nerve impulses. Inositol is the structural basis for secondary messengers in eukaryotic cells such as inositol phosphates, phosphatidylinositol (PI) and phosphatidylinositol phosphate (PIP) lipids. Inositol can be a valuable supplement in the promotion of cellular health. It can be deduced that healthier cells will translate into better overall health. However, inositol is most recognized for its use in treatment of several specific mood disorders. Inositol acts as a catalyst in the body that up regulates seratonergic, cholinergic, and noradrenergic receptors. This action causes the body to respond more efficiently to neurotransmitters such as serotonin; consequently, causing improvement in some mood disorders. The specific mood abnormalities for which inositol is considered an effective treatment aid are panic disorder, obsessive compulsive disorder (OCD), bulimia nervosa, some bipolar disorders, and binge eating and/or depression. Inositol is a valuable nutrient that enhances physical health and supports mental health.

There are several naturally occurring isomers that can be considered a form of inositol. The most common and useful of these isomers is Myo-inositol, sometimes referred to as Vitamin B8. Myo-inositol can be found in foods and is synthesized in the body. It is gleaned from foods high in bran and fiber content such as cereals, nuts, fruits (especially oranges and cantaloupe), and beans. Other isomers in the inositol family are scyllo-, chiro-, muco-, and neo-, allo-, epi- and cis-inositol. Most healthy people consume enough inositol in their diet. It is primarily recommended as a supplement for people who are experiencing one of the disorders or deficiencies discussed specifically in this article. However, there is research that indicates people who drink large quantities of coffee or other highly caffeinated beverages may benefit from an inositol supplement as caffeine significantly reduces the body’s inositol supply.

Inositol has been found to be very promising in the treatment of depression for many patients. It is an especially attractive treatment method for patients who are hesitant to use more traditional medications such as Serotonin Selective Reuptake Inhibitors (SSRIs), which can cause some uncomfortable and/or severe side effects. Inositol has been found to have relatively low risk for negative side effects. Decreased levels of inositol in the cerebrospinal fluid have been noted in depressive patients. Inositol has demonstrated its ability to improve depression because it acts as a second messenger for 5-hydroxytryptamine receptor signaling mechanisms. This mechanism of action inhibits serotonin reuptake in the synaptic cleft. It functions similarly to more commonly prescribed SSRIs, but does not seem to promote the same negative side effects.

One double-blind, placebo controlled study was performed on 28 depressed patients for 28 days giving 12 grams per day of inositol. After the 28 days were over, the patients were evaluated using the Hamilton Depression Scale (HAMD). The results of the study confirmed that a significant improvement in depression was reported by the patients treated with inositol compared to those given placebos. No significant changes were noted in patients concerning liver, kidney, or hematological function. There have been several other small animal and human studies performed concerning inositol and depression. It is generally being found as an effective method of treatment for many patients.

Obsessive compulsive disorder (OCD) is a condition that plagues approximately 3.3 million Americans, including children. It manifests itself in a variety of ways and is often linked with other mood disorders. Research indicates that serotonin plays an important role in obsessive compulsive disorder. The successful use of SSRIs confirms this fact. A recent double-blind, placebo controlled, crossover study focused on 13 patients diagnosed with OCD. The patients were treated with 18 grams of inositol for 6 weeks. The patients were evaluated at the end of the 6 weeks using the Yale-Brown Obsessive Compulsive Scale. The patients earned significantly lower scores on the scale when taking inositol compared to when taking a placebo. The conclusion of the study is that inositol is effective in a variety of mood disorders responsive to SSRIs.

Panic disorder is an anxiety disorder that causes intense feelings of fear or terror and is often accompanied by physical symptoms such as sweating, heart palpitations, shortness of breath, dizziness, nausea, or a smothering sensation. Research concerning panic disorder indicates a strong link to serotonin in a similar way as depression and obsessive compulsive disorder. SSRIs have been found to be fairly effective in treating panic disorder on a short-term basis. However, many patients suffering from panic disorder discontinue use of prescribed drugs such as SSRIs because the side effects can be intense and uncomfortable. Fluvoxamine is a common and fairly effective drug treatment for panic disorder. However, the side effects of tiredness and nausea often cause patients to stop taking it and they immediately revert back to experiencing panic disorder. Consequently, research has been conducted using inositol as a treatment method for panic disorder. Recently, a double-blind, controlled, crossover study was performed comparing fluvoxamine to inositol. The Hamilton Rating Scale for Anxiety, agoraphobia scores, and the Clinical Global Impressions scale were used to evaluate 20 patients taking inositol for panic disorder. The patients showed comparable results as those taking fluvoxamine. In the first month, inositol reduced the number of panic attacks patients experienced by 4 per week compared to fluvoxamine’s reduction of 2.4 panic attacks per week. The patients taking inositol experienced significantly fewer side effects as well. This study indicates that inositol may be equally as effective in treating panic disorder as established antidepressant medication.

Another meaningful, placebo controlled study evaluated the impact of inositol on 21 patients diagnosed with panic disorder. The patients were given 12 grams per day of inositol and found that the frequency and severity of panic attacks diminished dramatically. The average number of panic attacks experienced by the patients dropped from 10 per week to 3.5. The use of inositol in treating those with panic disorder is extremely promising as it demonstrates its efficacy and lack of negative side effects.

Bulimia nervosa and binge eating is an eating disorder that impacts millions of people. It is characterized by unhealthy methods of controlling weight. People who suffer from bulimia nervosa and binge eating often eat extremely large amounts of food and then purge their bodies of the food. This disorder is often accompanied by depression, obsessive compulsive disorder, self-injurious behavior, etc. A double-blind, crossover trial was performed on 12 patients with bulimia nervosa and binge eating. The patients were given 18 grams of inositol daily for 6 weeks. Inositol was evaluated as being significantly better than a placebo by the Global Clinical Impression, the Visual Analogue Scale, and the Eating Disorders Inventory. Inositol once again demonstrated its value in relationship to disorders impacted by serotonin levels.

One small, double-blind study was published concerning unipolar depression and inositol. The study evaluated 24 adults who had been diagnosed with bipolar disorder. The patients were given 12 grams of inositol daily and a D-glucose placebo for 6 weeks. The patients continued taking their other thymoleptic medications such as lithium, valproate, carbamazepine in stable and therapeutic doses without interruption. The study dropped 2 of it participants due to worsening reactions and a lack of adherence to study protocol. Of the 22 remaining participants, 50% of the inositol treated patients responded with a 50% decrease in the baseline Hamilton Depression Rating Scale (HAM-D) score and a Clinical Global Improvement (CGI) scale score change of 'much' or 'very much' improved. In comparison, 30% of the subjects assigned to placebo had similar results. In addition, 67% of the patients receiving inositol experienced a 50% or greater decrease in the baseline Montgomery-Asberg Depression Rating Scale (MADRS) compared to 33% of the patients given a placebo. The conclusion of this study is that inositol may have potential in helping to curb bipolar disorder. Inositol as an additional form of treatment to established medications can be effective. The great appeal of inositol is that it is usually well-tolerated and side effects are rare and minimal.

Insomnia is an inability to sleep restfully that affects many people. It is often caused by stress, routine, diet, etc. To this date, there is little research identifying inositol as an effective treatment for insomnia. However, researchers speculate that inositol might help promote sleep based on the information confirming its role of regulating serotonin levels within the body. Inositol is a healthy and safe nutrient that can be increased in the body by simply eating whole foods rich in B vitamins and it might enhance healthy sleep patterns.

Some research has indicated that patients taking lithium could experience an inositol deficiency. Lithium carbonate is a widely used, long-term treatment method for patients with bipolar disorder. Unfortunately, it can cause and exacerbate psoriasis. This can be a frustrating situation for patients with no other treatment options. One randomized, double-blind, placebo controlled, crossover study evaluated the effect of inositol in 15 patients on lithium therapy suffering from psoriasis. The severity of each patient’s psoriasis was measured by the Psoriasis Area and Severity Index before and after the trial. The severity of psoriasis on 11 patients who were not taking lithium was evaluated the same way. The results of the study indicated the inositol supplements significantly benefited the psoriasis patients taking lithium. No beneficial effect was reported on the patients not taking lithium. The conclusion of the study is that inositol can be very helpful for patients with psoriasis who must be on lithium treatment for bipolar disorder.

Side Effects of Inositol

Inositol has demonstrated very little in negative side effects. People with food allergies should be aware that some Inositol supplements have a dairy base. At this point, no long-term studies have been performed to suggest any side effects from chronic use of Inositol. The most recognized side effect of Inositol taken in high doses in diarrhea. Inositol has been shown to interact with some drugs. Patients should always discuss any supplements with their physician before taking them. Inositol is not recommended for pregnant or breastfeeding women. It is also not recommended for those suffering from liver or kidney disorders without the approval of a physician. 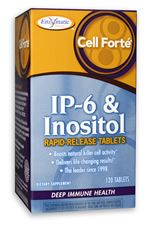 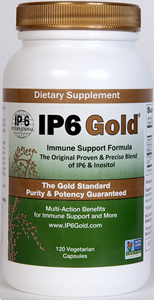 1. Statements and claims on Seacoast.com have not been evaluated by the FDA and are not intended to treat or diagnose any ailment or disease.