The Story of TriphalaThe Supreme Internal Cleanser of India"I sat as an apprentice student with various Ayurvedic doctors and watched their prescriptions. I never saw a single patient to whom Triphala was not given on a daily basis."Michael Tierra, L.Ac., O.M.D.Triphala (three fruits) is one of the oldest and, beyond doubt, the most highly revered compound in the 5,000-year tradition of Ayurveda. This formulation combines three unique sour and astringent fruits that are legendary for their health promoting effects: amla (Emblica officinalis), behada (Terminalia belerica), and harada (Terminalia chebula). In Ayurveda, Triphala is considered to be the most balanced of all herbal compounds, and it is the cornerstone of herbal therapies in India.Ayurveda-Promoting Balance in LifeThe underlying principle of Ayurveda is helping to maintain health or bring the system back into balance. Key to this goal is supporting both digestion and elimination, while providing nourishing and nurturing tonifiers. This approach contrasts with the often harsh cleansing regimens used in the West, which employ laxatives, purgatives, and diuretics. These products are purely eliminative in function and can lead to imbalance by causing laxative dependency or mineral depletion. Triphala is different!The Three Fruits of TriphalaAmla (Emblica officinalis): Amla is one of the most commonly used health-promoting fruits of India. Also known as Indian gooseberry, it is extremely sour and astringent. According to the late, two-time Nobel Prize winner, Dr. Linus Pauling, amla contains the highest concentration of all fruits of heat-stable vitamin C, noted for its powerful antioxidant activities. Amla is the primary nourishing component of the Triphala formula. Behada (Terminalia belerica): In Ayurveda, behada is classified as sour, astringent, and warming. Though it is considered the most cleansing of the three ingredients, it also contains up to 31% linoleic acid and is rich in phenolic compounds.Harada (Terminalia chebula): Of the thousands of Ayurvedic herbs, harada is the most commonly used. It is considered so precious that it is said "do not worry if you do not have a mother as long as you have harada." Like the other fruits, harada is strongly astringent, and is often used for the health of the mucosa. This three-fruit combination balances each of the different bodily systems identified in Ayurveda, in order to maintain and restore balance to the entire system.Who Can Benefit from Triphala?The short answer, according to Ayurvedic herbalism, is absolutely everyone. Triphala is considered the most balanced of all herbal compounds. It is designed to support normal digestion, assimilation, and elimination which is important to us all. In the United States it is most commonly relied upon as a cornerstone to a botanical cleansing program, and to support a healthy bowel system.Triphala is especially beneficial for those who tend to have a sluggish gastrointestinal tract due to sedentary lifestyles and overconsumption of red meat, refined carbohydrates, and dairy products.Michael Tierra Brings Triphala to AmericaUndoubtedly, many people carried the precious Triphala formula with them to the United States when they emigrated from India. However, Triphala remained unknown to the American health food industry until pioneer herbalist and Planetary Formulas formulator Michael Tierra learned of its importance. A clinician with more than 30 years of experience, Michael had the benefit of learning from many Ayurvedic practitioners. Michael is also an acupuncturist and Oriental Medical Doctor (L.Ac., O.M.D.), and, as such, he possesses an immense knowledge of classic Ayurvedic and Chinese formulas. Michael considers Triphala to be the greatest of all classic herbal formulas-bar none.

Other Ingredients: gelatin (capsule), microcrystalline cellulose, colloidal silicon dioxide, magnesium stearate.Warning: If you are pregnant, may become pregnant, or breastfeeding, consult your health care professional before using this product.STORE IN A COOL, DRY PLACE.Do not use if either tamper-evident seal is broken or missing. Keep out of the reach of children.Suggested Use: 2-4 capsules twice daily between meals.

Planetary Herbals offers the best of classic herbal traditions, from Ayurvedic and traditional Chinese herbalism to the experience of Western herbal practitioners. Utilizing the knowledge of more than 30 years clinical experience, professional herbalists such as Michael Tierra, Lesley Tierra, Jill Stansbury, and Alan Tillotson, Planetary Herbals is committed to ensuring that our time-tested herbal traditions continue to evolve, grow, and flourish.

13.29
Planetary Herbals
Be the first to tell us your thoughts.Add your testimonial 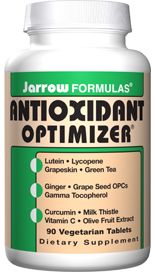 Publish your shopping cart to facebook and get free shipping in U.S.
triphala ayurveda harada terminalia, astringent amla ayurvedic michael, knowledge traditions herbalism nurturing
1. Statements and claims on Seacoast.com have not been evaluated by the FDA and are not intended to treat or diagnose any ailment or disease.