Hawthorn Berry is commonly used for diseases of the heart and blood, supporting circulatory and Antioxidant Properties. Hawthorne is one of the oldest known herbs used in traditional European herbal medicine.  It is first mentioned in the journal of Dioscorides, a Greek physician of the first century.  The Hawthorne tree was regarded as sacred at one time due to the belief that it furnished the Crown of Thorns in early Christian history.  Hawthorn contains various compounds such as procyanidins, flavonoids and flavonols which exhibit antioxidant properties.

According to early research Hawthorn has shown to have blood pressure lowering activity, due to a component in Hawthorn called proanthocyanidin. Research suggests that Hawthorn may help lower LDL cholesterol by lowering the accumulation of fats in liver and aorta.

Hawthorn may interact with some medications used for blood pressure, beta blockers and others. Check with your physician before using Hawthorn if you are taking medication. 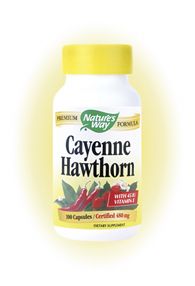 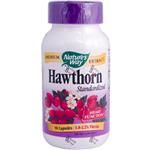 8.50
Seacoast Vitamins
Be the first to tell us your thoughts.Add your testimonial

Asked on: December 28, 2012
Question: where can I get hawthorn berry in Malaysia

Asked on: September 15, 2013
Question: Can hawthorn be safely taken with serrapeptase and nattokinase?

Publish your shopping cart to facebook and get free shipping in U.S.
hawthorn hawthorne 540 berry, lowering dioscorides furnished aorta, journal sacred oldest properties
1. Statements and claims on Seacoast.com have not been evaluated by the FDA and are not intended to treat or diagnose any ailment or disease.