Candidase includes two enzymes that help control Candida overgrowth. Cellulase is the enzyme that breaks down fiber. It is also the only digestive enzyme our body does not make. By adding cellulase to the diet this fiber may be removed along with mucus and our body is able to achieve balance. The enzyme protease has the ability to hydrolyze (digest) protein. Protease has been used in clinics all over the world to break down this fungus and prevent its overgrowth. The addition of protease to this formula helps the body deal with excess "die-off" or common symptoms of cleansing.

The cell of yeast contains some fungal cellulose or a compound called chitin. Chitin is a polysaccharide, or carbohydrate, which is structurally very similar to cellulose. For the same reasons cellulase may help remove undigested fiber in the colon, it has been used in breaking down this cellulose-like chitin.

Recommended Use: For moderate symptoms: 2 capsules on an empty stomach, one hour before or two hours after a meal three times daily for 14 days. For more advanced support, Enzymedica's Candidase Extra Strength may be helpful.

For best results, 1 capsule of Enzyme Defense may be added each time Candidase is taken.

Enzymedica does not use ingredients produced using biotechnology. 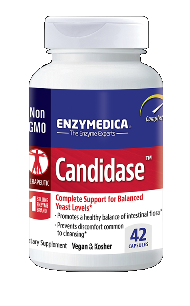 63.99
EnzyMedica
Be the first to tell us your thoughts.Add your testimonial

Asked on: January 16, 2013
Question: I wish to convey my paeosnrl regard on your kind-heartedness meant for individuals that involve assistance with this kind of essential matter. Your paeosnrl motivation to driving your concept all around came into existence astonishingly advantageous and have regularly encouraged folks along with women including us to arrive at their own goals. Another hot in addition to helpful pointers and also tips refers to a whole bunch to my opinion and very far more for you to my partners. Cheers via everyone. 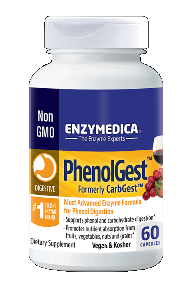 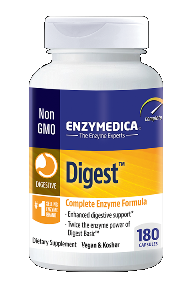 candidase overgrowth chitin cellulase, protease symptoms enzyme thera, dizziness rash does mucus
1. Statements and claims on Seacoast.com have not been evaluated by the FDA and are not intended to treat or diagnose any ailment or disease.