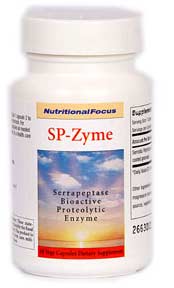 The natural Chelation-Anti-Inflammatory Serrapeptase has had wide clinical use - spanning over twenty-five years throughout Europe and Asia - as a viable alternative to salicylates, ibuprofen and the more potent NSAIDs. Unlike these drugs, Serrapeptase is a naturally occurring, physiological agent with no inhibitory effects on prostaglandins and is devoid of gastrointestinal side effects.

The late German physician Dr. Hans Nieper used the enzyme called Serrapeptase to treat arterial blockage in his coronary patients. He also reports that Serrapeptase dissolves blood clots and causes varicose veins to shrink or diminish. Serrapeptase protects against strokes and can be used on its own or with EDTA Chelation treatments in removing arterial plaque.

The discovery of this unique biological phenomenon led researchers to study clinical applications of the Serrapeptase enzyme in man. Researchers in Germany have used Serrapeptase for atherosclerosis to digest atherosclerotic plaque without harming the healthy cells lining the arterial wall. A wealth of information exists regarding its anti-inflammatory properties. Serrapeptase has been used as an anti-inflammatory agent in the treatment of a wide range symptoms and conditions

Used in treatment of:

Serrapeptase digests non-living tissue, blood clots, cysts, and arterial plaque and inflammation in all forms. The late German physician, Dr. Hans Nieper, used Serrapeptase to treat arterial blockage in his coronary patients. Serrapeptase protects against stroke and is reportedly more effective and quicker than EDTA Chelation treatments in removing arterial plaque. He also reports that Serrapeptase dissolves blood clots and causes varicose veins to shrink or diminish. Dr. Nieper told of a woman scheduled for hand amputation and a man scheduled for bypass surgery who both recovered quickly without surgery after treatment with Serrapeptase.

Serrapeptase, also known as serratia peptidase (SP), is a proteolytic enzyme isolated from the micro-organism, Serratia E151. This enzyme is naturally present in the silkworm intestine and is processed commerically today through fermentation. By secreting the serratia enzyme, the silkworm dissolves a small hole in the cocoon (avital/dead tissue) allowing the butterfly to emerge, with no detrimental effect on living cells1. The renowned Dr. Neiper says, "unlike other enzymes in the field of biology, serrapeptase dissolves ‘dead’ tissue like e.g. silk and apparently also fibrinoid layers...which chemically could be compared to silk3." "Serrapeptase is a natural enzyme produced by serratia bacteria living in silkworms....Miniscule amounts of this enzyme are unbelievably powerful and have shown a lasting effect2." - Dr. Hans Neiper Serrapeptase has a wide host of clinical uses in Europe and Asia. It is often used as an alternative to conventional means.

Directions: As a dietary supplement, take 1 capsule 2 to 3 times daily. For imbalances: take 2 to 3 capsules as needed 3 times daily, or as directed by a health care professional.

**These statements have not been evaluated by the FDA. This product is not intended to diagnose, treat, cure or prevent any disease.

5.00
Seacoast Vitamins
Be the first to tell us your thoughts.Add your testimonial 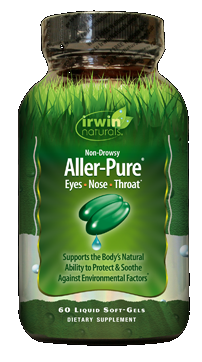 serrapeptase arterial plaque serratia, cysts clots hans nieper, spanning miniscule effect2 epididymitis
1. Statements and claims on Seacoast.com have not been evaluated by the FDA and are not intended to treat or diagnose any ailment or disease.